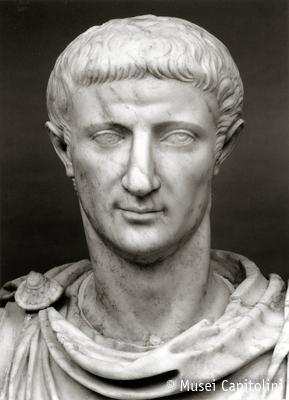 It is a modern reproduction of the Emperor Tiberius: it shows his the triangular profile of the face, his bangs on the high forehead and his sideburns. It is
inspired by the so-called “Berlin-Naples-Sorrento” type; stylistically, the work can be dated between the end of the 16th and beginning of the 17th century.

The modern sculptor displays notable artistic skill and plastic mastery in the rendering of the surfaces, with a soft and varied rendering of the face complexion. The interpretation of the bust covered by a metallic anatomic breastplate and the military cloak buckled on the right shoulder, draped with skill and elegance is also interesting.