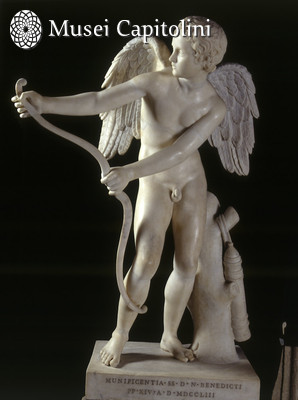 The figure, whose weight rests on his left leg, is posed according to the direction of his arms, extended towards the right, holding a bow: in the effort of the movement, the young figure slightly twists his bust towards the right, accompanied by the bending of his head in the same direction.

The work was found near Villa d’Este and is an early Imperial copy of an original sculpted by Lysippos for the sanctuary of Eros in Thespiae , Boeotia.